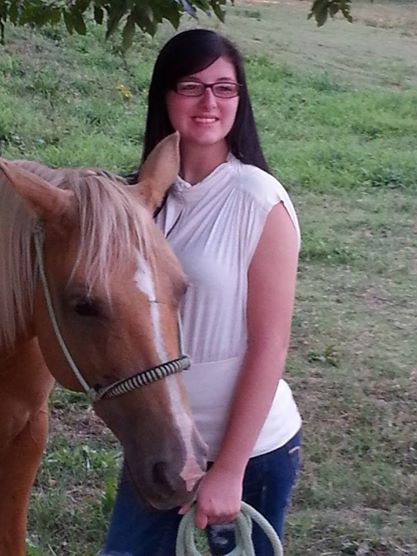 A few days ago a friend of mine, a blogging friend, commented in a private Facebook group about how a family member of hers was allegedly given ISS (In school suspension) for saying “Bless you” after someone sneezed.  That thread has since grown by a few hundred comments as we’ve debated and discussed what may have happened.  We’ve talked about free speech, how the world is increasingly growing more and more politically correct, and how teachers have a very tough job.  We’ve researched and blogged about it.  Some of us have tried to get interviews from the school members involved and others have gone straight to the student it happened to.  I’ve personally reached out with Kendra Turner and she gave me permission to share her story.

Here is her story in her own words:

I asked her why it was a big deal to her. She yelled at me and said “We will not have Godly speaking in my class!” That is when I stood up and said “My pastor said I have a constitutional right -1st amendment freedom of speech.” She said “Not in my class you don’t.”

I said “I will defend my religion.” She said “You will not in my class because I trump everyone.” Then another student stepped in and said “You don’t over trump God.” So she sent me to the office and the assistants principal said “if I didn’t want to respect my teachers rules then maybe My pastor should teach me because my freedom or speech and religion does not work at their school.

Then they sent me to ISS (in school suspension). After I left the class room all my class mates stood up and defended me the teacher had to call assistants principal to control the class.

My knee-jerk reaction was, “How dare they?  This world is so stupid sometimes!”  For crying out loud, she didn’t even say “God bless you” which, in my opinion, should absolutely be allowed as well.

I want to say that the teachers had better not flash a dollar bill at the Coke machine because it has the name God on it.

I want to say that the school had better suspend the student who sneezed because a distraction is a distraction.  No double standard.

I want to say that that teacher had better not allow students to say Happy St. Patrick’s Day or Merry Christmas.

I want to say that that teacher had better not allow swearing in her classroom either…or sleeping, texting, throwing things, or any other misbehaving {distracting} things to go on.

I wanted to say those things and write a fiery post that lit other’s hearts on fire the way mine was burning.  But I didn’t.  I wanted to make sure I thought through my position well before writing about such a controversial subject.  I’ve been in the crossfire of angry comments before and I only want to make a stand when it’s something I can really stand for.

Can I totally stand behind this girl’s actions?  Not entirely.  She probably could have handled it better but would I if I were in her shoes?  It’s hard to tell.

After reading comments from fellow classmates, talking with Kendra, and reading various articles about Kendra’s teacher it seems certain that this teacher did in fact have a list of words that students weren’t allowed to say.  Among “my bad”, “hang out”, “dumb”, “stupid”, “stuff”, was the polite “bless you.”  {While we’re at it, what’s wrong with “hang out” too?}  In this article, the associate principle, Gardner acknowledges the list and pretty much gives his seal of approval as it’s a “reasonable request.”  Oh, and he states that the reason for her ISS was because of what she said and not her attitude {as I previously wondered}.

The facts add up that she was given ISS for that class period for saying “bless you” when a classmate near her sneezed.

It’s automatic for some people!  I promise, the other day a friend of mine sneezed and I said, “God bless you, cover your mouth.”  Ha!  I’m so used to telling my daughter that after she sneezes that I couldn’t help myself.  We had a good laugh…unlike Kendra received when she said “bless you” out of habit.

My thoughts {for what they’re worth}:

I’ve never been in a classroom that was so strict that there was “no talking” so I can’t imagine that sort of atmosphere.  I’m glad I didn’t have her as a teacher!

While a junior high student, I had quite a few strong religious disagreements with teachers. It seems like Kendra’s teacher was encouraging the dialog so I would have continued it if I was her too…minus the standing up part, I’m far too backward for that.

When situations are heated like that it’s hard for ANYone involved to remember word for word what happened so I don’t blame her but I figure there is some wiggle room in her story.

It seems like the there was wrong on both parts. I’d like for the teacher to keep her job and simply change her banned word policy and for the ISS to be dropped from Kendra’s record. I hope this ends well!

*I’m going to leave the comments open on this but please, please, try and be kind.  Attack ideas and not people.* 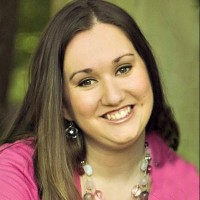 Ashley is very happily married and the mother to a beautiful little girl and handsome little boy. She is the main voice behind Embracing Homemaking.

Don't Miss A Minute
Get All Our Posts
Straight To Your Inbox !

Embracing Homemaking is a participant in the Amazon Services LLC Associates Program, an affiliate advertising program designed to provide a means for sites to earn advertising fees by advertising and linking to amazon.com.

DON'T MISS ALL THE LATEST!